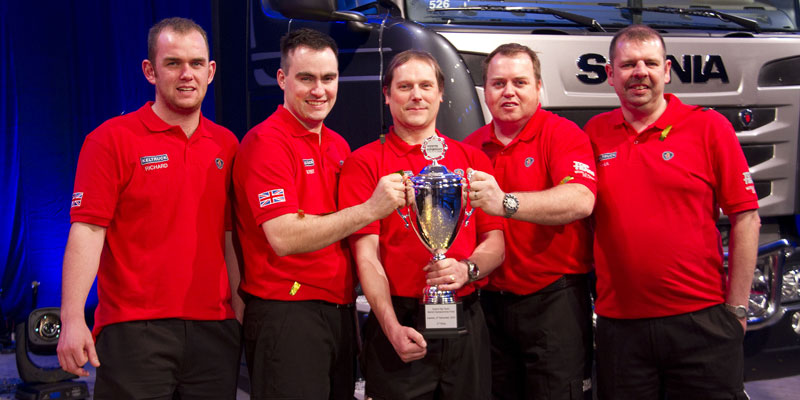 A team of four Technicians and a Parts Specialist have proved themselves to be the best in Europe by securing second place at this year’s Scania global Top Team competition.  Pipped to the post in a nail-biting finale by New Zealand, the Keltruck Nottingham team (aka the Robin Hoods) and their depot are now 30,000 Euros richer as a result of their endeavours.

“In a competition which initially saw some 8,000 Scania Technicians and Parts Professionals from 70 countries take part, it is hard to overstate the success and achievement  of the Keltruck Nottingham team,” says John Wainwright, Scania Top Team Project Leader for the UK.  “Not only are they the five top Scania aftersales professionals in Europe, they can also justly claim to be among the ten best worldwide.  On behalf of the entire Scania UK organisation, I congratulate them wholeheartedly for a fantastic performance.”

The Top Team journey for the Robin Hoods began with the British arm of the competition which saw teams from 67 Scania UK network locations participate.  After winning the UK Final the team progressed to the Western and Southern European Regional Final, where they once again triumphed, booking themselves in the process a place at the World Final.

Held at Scania’s headquarters in Södertälje, Sweden on 3-4 December, 12 teams from around the world came together to compete for the ultimate title of Scania Top Team 2015.

A series of five practical and one theory tests on day one resulted in eight teams being knocked out, leaving just the UK, New Zealand, Australia and Brazil to battle it out for the top spot on day two.

The grand finale was a high pressure affair. Staged in public before an audience of Top Team entrants, organisers and VIPs, the event was transmitted worldwide via a live webcast. In a tense series of exercises against the clock, first Australia then Brazil were eliminated, leaving the UK and New Zealand to battle it out for overall victory. The final trial, which involved the analysis and execution of a complex electrical task on a truck, saw New Zealand snatch victory by the most slender of margins.

Scania Top Team is designed to further uplift service levels at Scania workshops around the world by encouraging staff development and training.  In the case of the Robin Hoods from Keltruck Nottingham, a total of more than 80 man-days of training has been put in by the team since winning the UK Final.

“The efforts of the Robin Hoods has certainly been rewarded, as their prize is split 70 percent between the depot, which will now spend the money on training and workshop equipment, and the individual team members, who share 30 percent between themselves personally,” says John Wainwright.  “But the real winners in all of this are our customers who benefit from the additional knowledge and expertise gained by every member of the global Scania family competing in this year’s Scania Top Team event.”

The five members of the UK’s 2015 winning Top Team are: 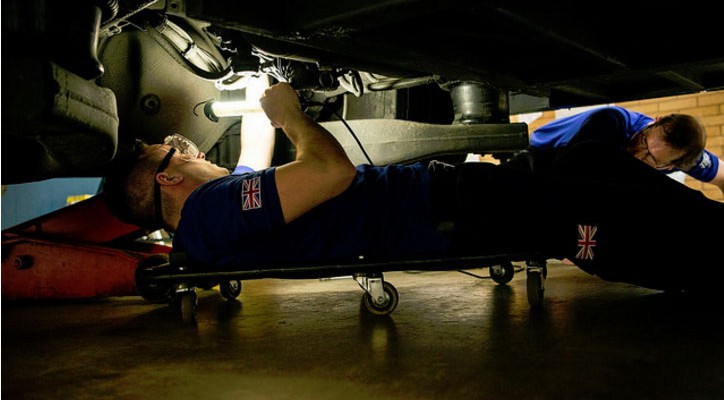 In just a few days time, the Robin Hoods from Keltruck Nottingham will leave for Sweden to represent the UK at the Top Team World Final.

The event takes place at Scania’s headquarters in Södertälje on Thursday/Friday 3-4 December.

On the Thursday, 12 teams from around the world will compete to secure a place as one the top four performers at the event. The successful quartet of teams will then go forward to Friday’s event, where the title of Scania Top Team 2015 will ultimately be decided.

You can share the excitement of the final stage of the competition live via a special webcast which take place on the afternoon of Friday 3 December.

To participate, visit www.scania.com/topteam at 14:30hrs. The event will conclude at 16:00hrs, by which time we will know whether the Robin Hoods have succeeded by proving themselves to be the best in the world.

We all hope they do, and we’re sure you will too.

So if you have the opportunity, make sure you tune into the webcast and cheer on the Robin Hoods of Keltruck Nottingham! 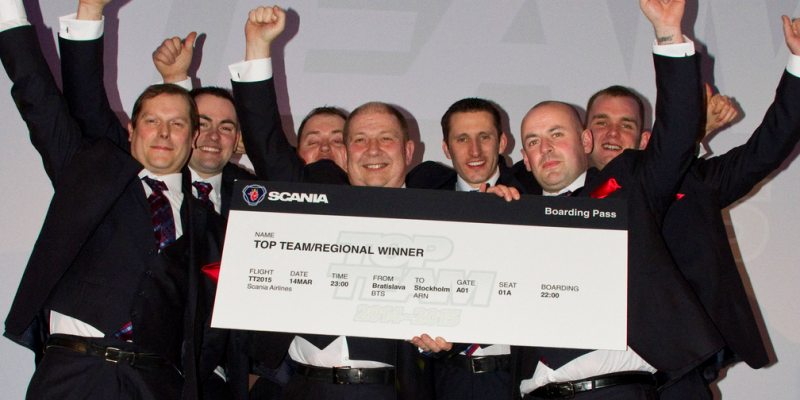